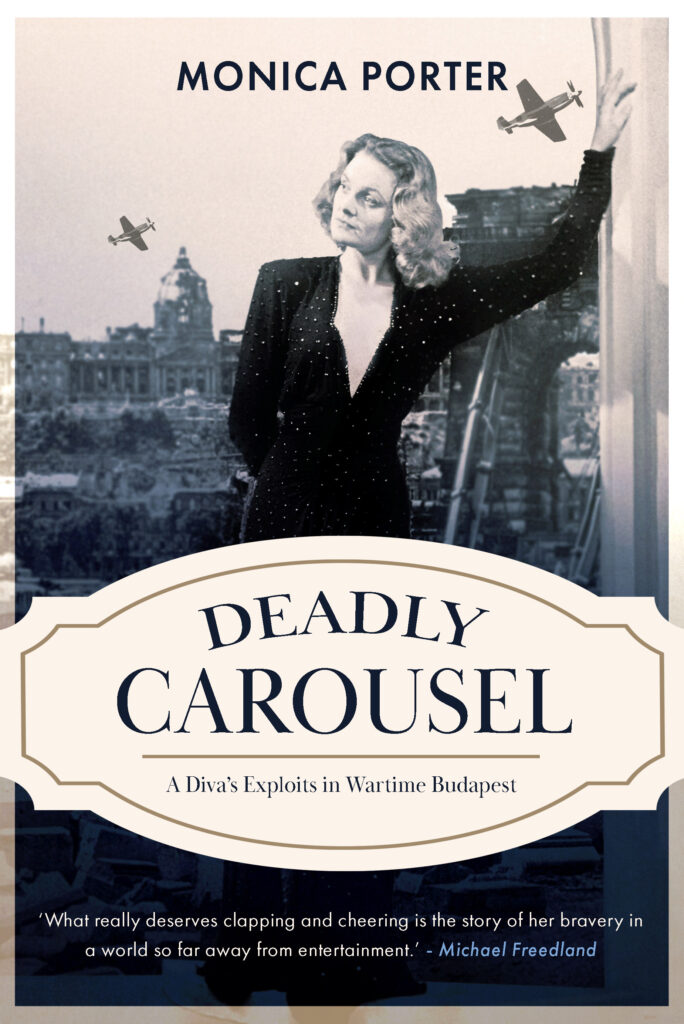 A Diva’s Exploits in Wartime Budapest

The German occupation of their unwilling ally Hungary in 1944 brought an end to normal life for the people of this small central European country. The Jews, who had hitherto been largely protected under the moderate regime of Regent Horthy, were rounded up and deported to the death camps.

Vali Rácz was a successful singer and film actress, the darling of the Hungarian public. She was young, beautiful and Aryan. Although the Nazis represented no particular threat to her, she was greatly disturbed by the persecution of the Jews, many of whom had been friends, mentors and colleagues. She risked her life by turning her elegant villa in the residential quarter of Buda into a secret refuge for Jewish friends.

In September 1991 the Jewish people’s highest expression of gratitude was conferred upon Vali Rácz in Jerusalem: the title of ‘Righteous among the Nations’.

With an undoubted gift for narrative and an elegant, readable style Monica Porter traces both the life of her remarkable and courageous mother and a fascinating period in Hungarian history, encompassing such events as the 1944 coup d’etat, the Siege of Budapest and the rise to power of the Communists.

This lively and moving book throws fresh light upon the modern history of Hungary and the life of one of its leading cultural celebrities.

‘They called Vali Rácz the Hungarian Marlene Dietrich … But what really deserves clapping and cheering is the story of her bravery, her involvement in a world so far away from entertainment.’
From the foreword by Michael Freedland

‘Marvellously written and evocative. Monica Porter’s tribute to the courage of her mother, a gifted and popular singer who risked her life to save Jews in Hungary during World War Two, is a superb and moving piece of history. The story of Hungary’s resistance to fascism, and then to Stalinism, is not widely enough known. This book tells that story and shows the heroism of ordinary Hungarians, in particular Vali Racz, wonderfully well.
William Shawcross

Latest Edition, updated with a new foreword, new epilogue and
additional photos, published in 2021 by Lume Books as an e-book and POD paperback
ASIN : B08XZR1XMQ