My year of dating dangerously 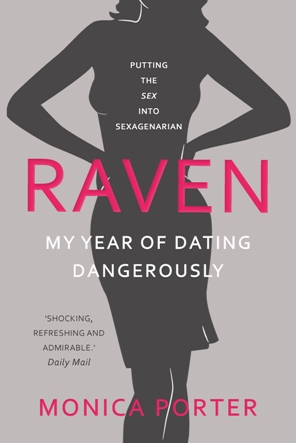 Monica Porter is approaching the age of sixty when her long-term partner walks out on her. She is convinced that the fun times are over. But then she joins a dating website and finds that her age is no barrier to plenty of dates with men both young and old. Throwing caution to the wind, she embarks on one adventurous assignation after the other. Naturally her sons would be horrified at some of the risks she takes. But it’s not a problem, as she doesn’t plan to tell them.

There is another hazard to consider, however, not to her physical well-being but to her psyche. Gradually her year of dating dangerously affects her whole outlook on men and relationships, and not in a good way. How will it all end? And will it have been worth the price?

Witty, funny and full of thoughtful observations about the 21st century ‘digital dating scene’, Monica Porter’s memoir is the first of its kind. Some readers may be shocked by her adventurous year, but most will cheer her gung-ho spirit and secretly envy her success with London’s cool dudes.

‘Monica Porter has kicked up a storm. Good on her.’ Evening Standard

‘A racy account of a sixty-something’s dating exploits.’ Guardian

Originally published in paperback in 2014 by Head of Zeus, re-issued in 2020 as an e-book by digital publisher Lume Books