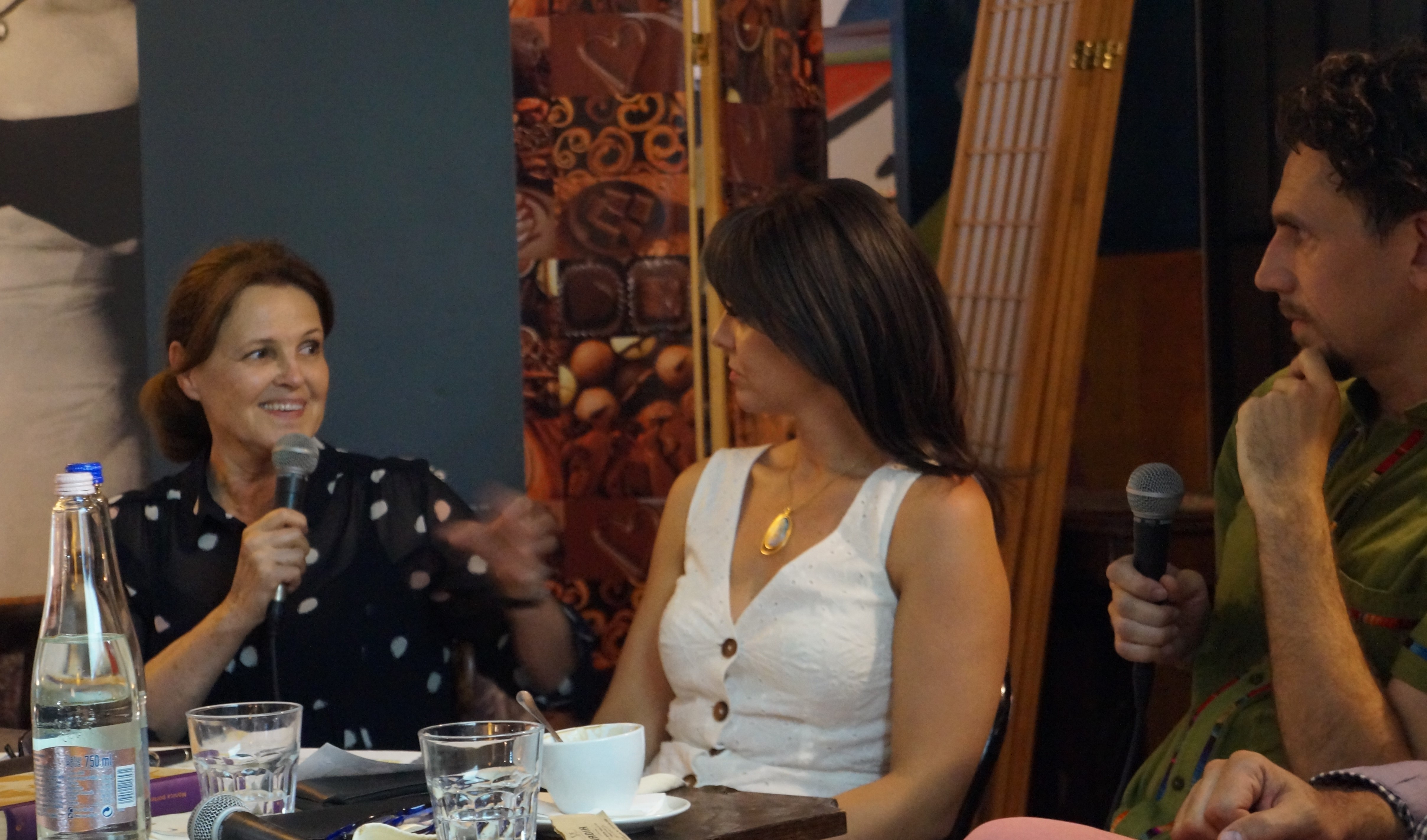 Panel discussion at the Hadik Cafe in Budapest on 16 June 2019, to launch the Hungarian-language edition of Deadly Carousel. With journalist Anna Juhasz and translator/editor Zsolt Peter of the Hungarian Theatre Institute. 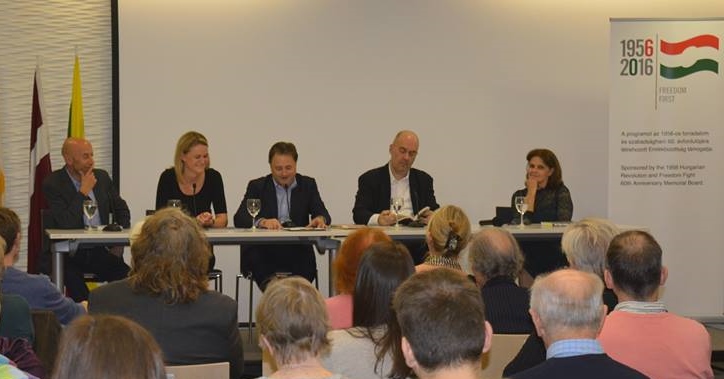 Participating in a literary evening at Europa House to mark the 60th anniversary of the Hungarian Revolution, in October 2016, with fellow writers Tibor Fischer and Nick Barlay and moderator Robin Ashenden, Editor of the Central and Eastern European London Review. 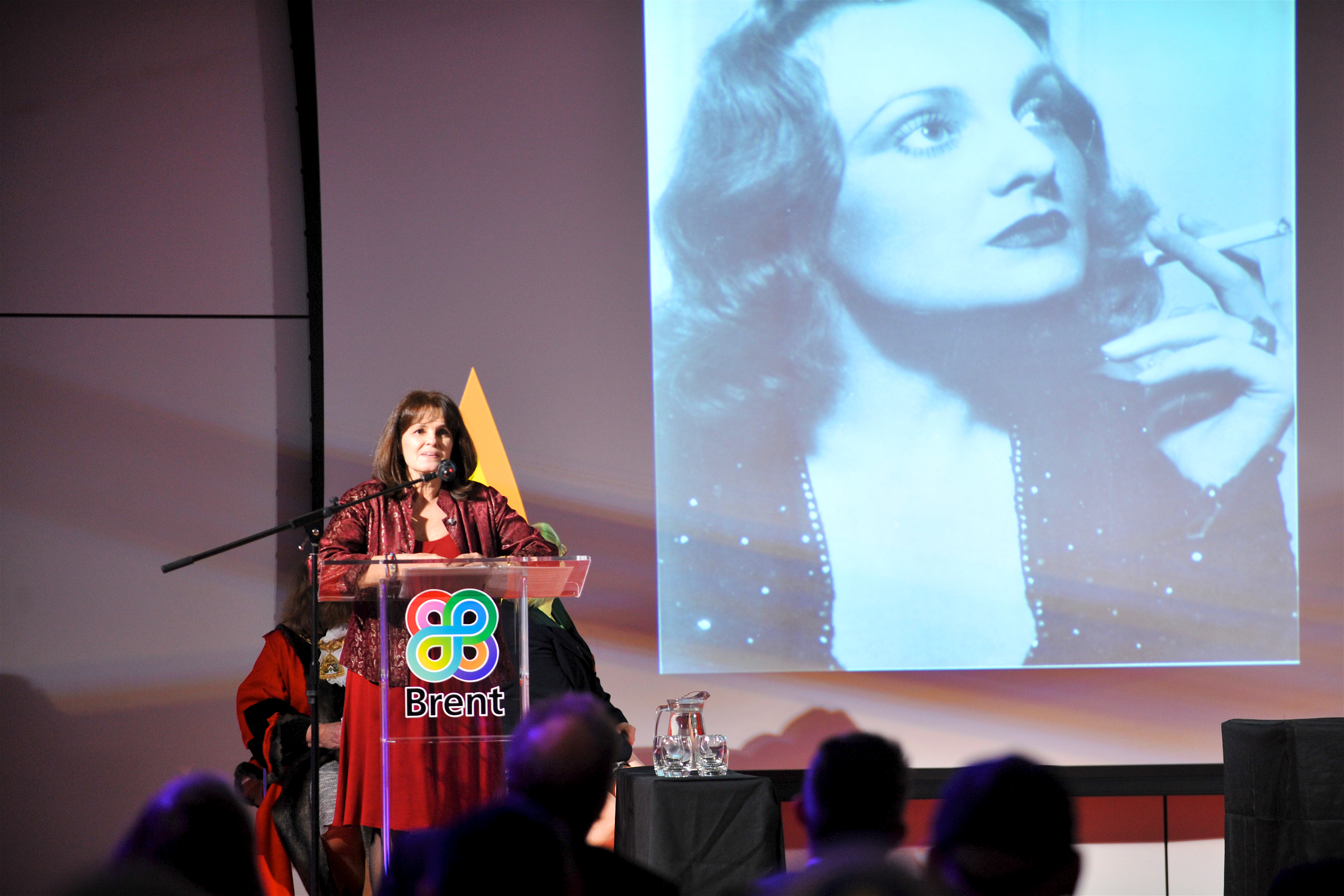 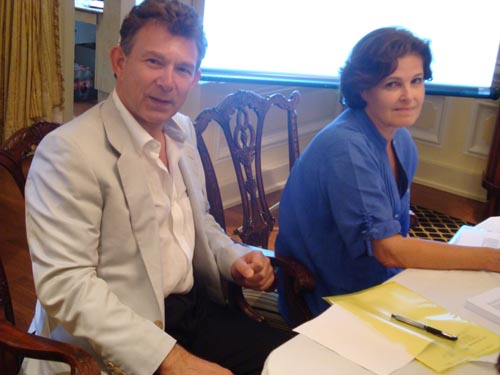 With Nick Winton during their talks at the Holocaust Memorial Library in Manhattan, July 2011 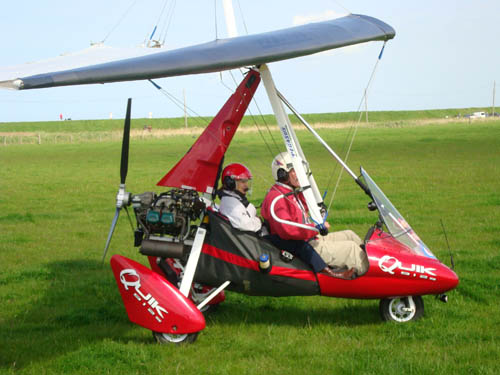 Microlight flight, Isle of Sheppey, May 2009. In connection with a story on the birth of British aviation for Saga Magazine. 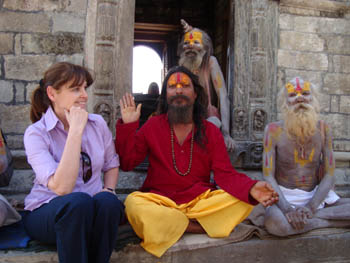 With the holy men of Kathmandu, for the Daily Express, April 2008 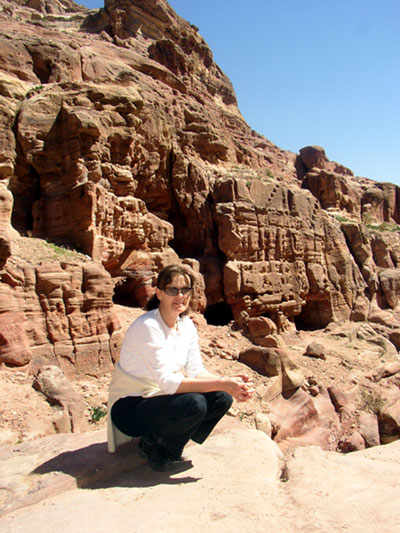 At Petra, in Jordan, for thelondonpaper, March 2007 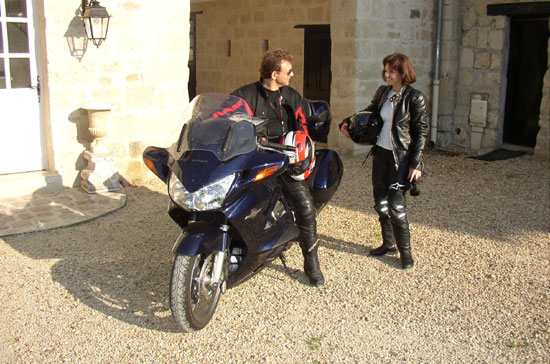 Motorbiking through France for The Times, September 2004 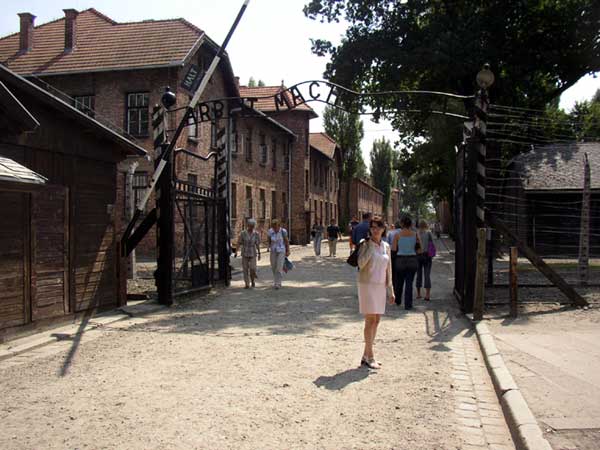 At Auschwitz, near Krakow, for FT Magazine, Financial Times, in July 2004 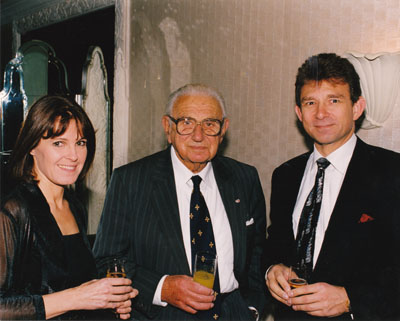 With Sir Nicholas Winton and his son at the London premier of All My Loved Ones, the film about the Czech Kindertransport, in 2000 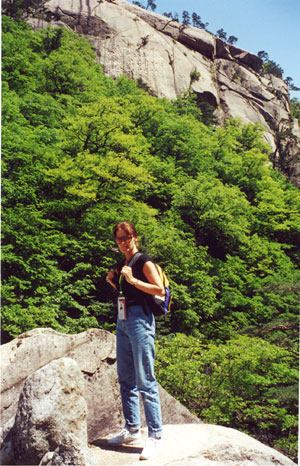 Mountain-trekking in North Korea for The Daily Telegraph, June 2000 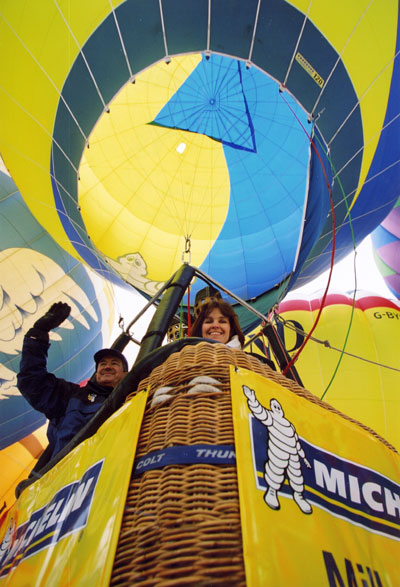 Hot-air ballooning in the Swiss Alps with champion balloonist Brian Jones for the Daily Mail, January 2000 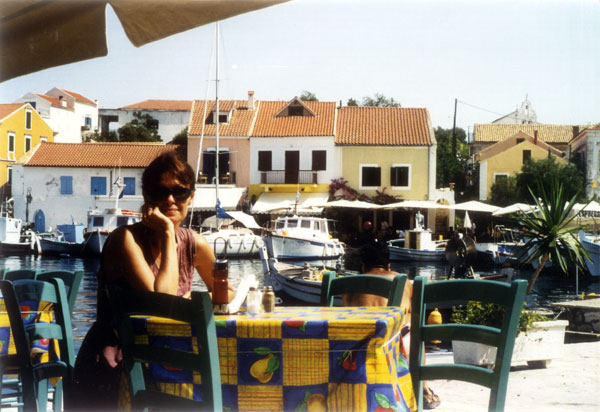 In the footsteps of Captain Corelli in Cephalonia for the Daily Mail, August 1999 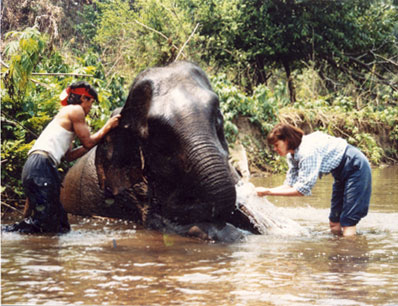 On elephant safari in Northern Thailand for the Daily Mail, April 1998 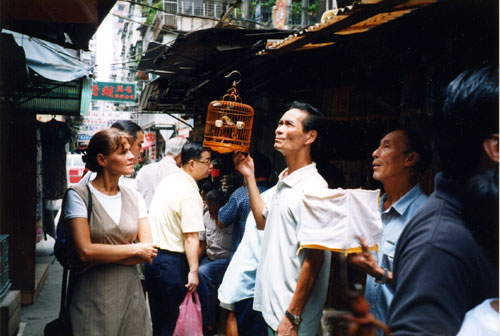 At the Bird Market in Hong Kong, for the Daily Mail, November 1995 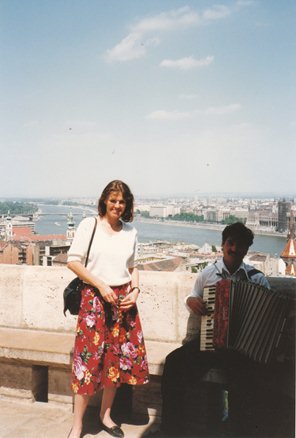 In Budapest for the Daily Mail, June 1994 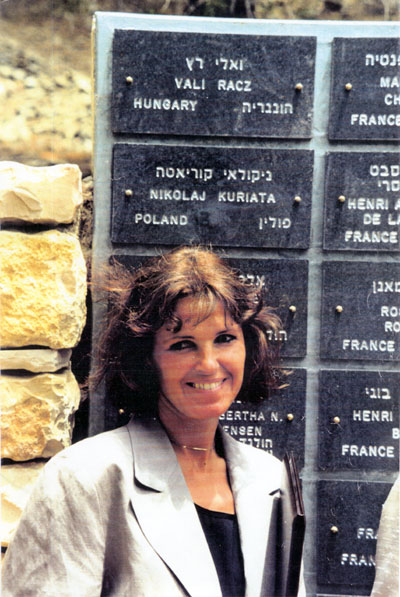 At Yad Vashem in Jerusalem for the ceremony to honour Monica’s mother Vali Racz, a Righteous Among the Nations, May 1992 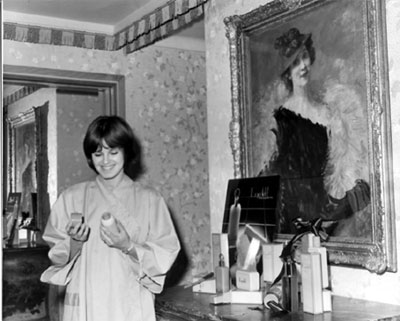 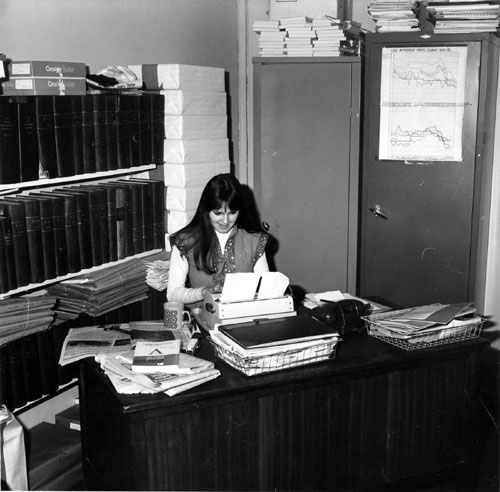