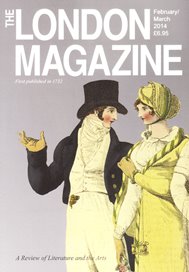 My introduction to Edgar Allan Poe came about courtesy of the 20-volume Book of Knowledge, an American children’s encyclopaedia which my father acquired for me and my brother Val in about 1961. We were a Hungarian émigré family living in an apartment in the Bronx and my father, a writer, was naturally keen on knowledge and reading, so he encouraged us to dig into the volumes and learn.

They were packed with all manner of well-illustrated entries – on science, geography, history, animal and plant life, the arts, literature and poetry. I suppose parents these days simply point their offspring towards a computer screen to access this kind of all-encompassing educational resource. Are children’s enclycopaedias still being published at all? I doubt that many people would now give shelf space to a row of hefty leather-bound books, when Google is so light and ethereal. All I know is that if I still cleave to my beloved physical books – as opposed to the electronic ones – it’s largely due to happy childhood memories of lying in bed in the evening with the Book of Knowledge propped open on my knees, munching an apple as I immersed myself in some intriguing new topic.

As arguably America’s greatest and most original poet, Poe featured prominently in the encyclopaedia, with a potted biography, a couple of his short stories and several of his most famous poems, including, of course, The Raven. I can’t recall exactly when I first stumbled upon The Raven – I was about nine or ten – but it hooked me at once, and forever. It was accompanied by an entrancing black-and-white illustration which I gazed upon at length, showing the narrator in his study amongst his books and dripping candles, with the raven perched upon the bust of Pallas above his door…

Once upon a midnight dreary, while I
pondered, weak and weary,
Over many a quaint and curious volume of
forgotten lore, –
While I nodded, nearly napping, suddenly
there came a tapping,
As of someone gently rapping, rapping at my
chamber door.
“’Tis some visitor,” I muttered, “tapping at
my chamber door:
Only this and nothing more.”

It is a long poem, eighteen eleven-line stanzas, with a musicality and masterful use of language, a dazzling rhythm and rhyme structure, surreal atmosphere and mounting dramatic tension – all of which raises it high above most other poetry. When it was first published in 1845, the struggling, impoverished Poe was catapulted by this single poem into literary stardom. He was hailed as a genius, albeit a tormented one with a drink problem. The poem’s repeated refrain of Nevermore became a national catchword and Poe was even nicknamed ‘the Raven’ because he always wore black.

As an adolescent I was a fan of spoken-word records and bought an LP of Poe’s poems read by, of all people, dear old Basil Rathbone. I listened to it in my bedroom over and over again, the way other kids played their favourite pop music. I was mesmerised by his sonorous reading of The Bells, in which Poe magically recreates with words and cadences the sounds of the various pealing bells he is describing:

Oh the bells, bells, bells!
What a tale their terror tells
Of despair!
How they clang and clash and roar!
What a horror they outpour
On the bosom of the palpitating air!

And to a wistful girl like me, there could be no more stirring love poem than Annabel Lee:

I was a child and she was a child,
in this kingdom by the sea,
But we loved with a love that was more
than love,
I and my Annabel Lee.

My greatest Poe moment came at the age of seventeen, in my final year at high school. I was an ardent member of the school’s drama club, and the drama teacher asked me to choose a theatrical piece to memorise and recite at a forthcoming production. I chose The Raven.

Naturally it contained some phrases I didn’t understand, such as quaff, oh quaff this kind nepenthe and is there balm in Gilead? I was equally baffled by the distant Aidenn and the Night’s Plutonian shore. All obscure expressions to an American teenager of the Sixties. But somehow it didn’t matter because the poem reached me on a far deeper, visceral level. I sensed it to be both heart-breaking and beautiful, and was engulfed by its emotional power. That is, perhaps, the essence of truly great poetry.

I find it almost incredible that I was once able to commit to memory that long and complex work. These days, as they say, I often can’t remember what I had for breakfast. But I stood alone in a spotlight on the darkened stage, before a hushed audience, and gave the eighteen stanzas my histrionic best. When at last I reached the end there was a moment’s silence before a schoolmate called out: ‘Now can we have the Iliad, please?’ Cue general laughter and applause.

At the end of that year I was awarded the annual drama prize, for which I was fairly sure I had my word-perfect Raven to thank.

It wasn’t until I read Peter Ackroyd’s book, Poe: A Life Cut Short, not long ago, that I discovered that the renowned poet himself had been fond of reciting The Raven to rapt audiences. As Ackroyd wrote: ‘He would turn down the lamps until the room was almost dark,’ one contemporary remembered, ‘then standing in the center of the apartment he would recite those wonderful lines in the most melodious of voices…So marvellous was his power as a reader that auditors would be afraid to draw breath lest the enchanted spell be broken.’

In some otherworldly way which might have appealed to the author of so many supernatural short stories, I felt that our shared penchant for Raven recitation was a spiritual link between Poe and me across the century-and-a-half which separated us.

And we have a further bond. I’d been vaguely aware that there was a Poe cottage and museum somewhere in the Bronx (I haven’t visited the borough for thirty years) but recently found out that the cottage where the poet spent his final years was in the same neighbourhood as my childhood home. When he lived there it was the village of Fordham, a bucolic location whose tranquil scenery stimulated his writing. And it was the bells of nearby St. John’s College (later renamed Fordham University) which inspired his onomatopoeic poem.

During my time, however, this area was the concrete jungle of Fordham Hill, long subsumed into New York City, ruled over by Mafiosi and the far more frightening Catholic nuns who oversaw my Catechism classes at St. Nicholas of Tolentine. Still, although Poe and I had seen vastly different sights and he was a brilliant man of letters while I was a little immigrant kid trying to dodge the playground bullies, we had roamed the same patch and been, in our own ways, moulded by it, and I find that thought very pleasing.

I don’t know what became of my old Basil Rathbone record; it got jettisoned somewhere along the way. But I still have every volume of the Book of Knowledge, neatly lined up on my shelves. On occasion I turn to The Raven, read it again, half-aloud, and gaze at that familiar illustration. It is still the most thrilling poem I know. But now, so many decades on and being perhaps a little jaded, it is another of Poe’s poems which speaks to me most profoundly. A Dream Within A Dream, first published in 1849, the year of Poe’s death, looks at life and wonders whether it isn’t, after all, just an illusion. I know exactly what he means:

You are not wrong, who deem
That my days have been a dream;
Yet if hope has flown away
In a night, or in a day,
In a vision, or in none,
Is it therefore the less gone?
All that we see or seem
Is but a dream within a dream.

Poe’s short life was filled with despair, disappointment and hardship, the illness and premature death of those he most loved and needed, as well as some self-inflicted troubles. But I doubt he could have produced his immortal works without those tribulations. His poems and stories were forged from lifelong suffering, were a direct reflection of it. He paid a high price for the literary output which so enriched my own mental landscape.

For it seems to me that the spirit of Edgar Allan Poe has accompanied me from those early days in the Bronx when I first chanced upon his writings, to the high spot of my high school career when I briefly embodied his masterwork, The Raven, and through the various evolutions (and convolutions) of my life, to the present day. Perhaps it has all been, as he suggests, but a dream within a dream. If so, it has certainly been a strange and beguiling one. And I am grateful to have had his company.