Remembering the Nicky Winton I knew 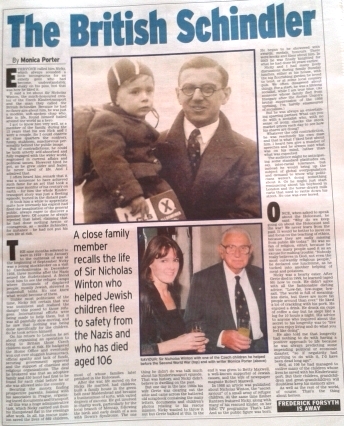 Everyone called him Nicky, which always sounded a little incongruous for an elderly gent who had become, understandably, shaky on his pins. But that was how he liked it, and it said a lot about Sir Nicholas Winton, the much-honoured creator of the Czech Kindertransport and the man they called the British Schindler. Because he had no fancy airs about him, he was just a modest, soft-spoken chap who, late in life, found himself hailed around the world as a hero.

I got to know him very well, as a member of the family, during the 13 years that his son Nick and I were a couple. So I could observe at close quarters the contrary, funny, stubborn, mischievous personality behind the public image. Full of contradictions, he could be both utterly self-absorbed, and fully engaged with the wider world, engrossed in current affairs and political issues. However tired he got, as he grew older and frailer, he never tired of life. And I admired that.

I often heard him remark that it was a nonsense to have achieved such fame for an act which took a mere nine months of his century on earth – for him the whole Kindertransport story was just a fleeting episode, buried in the distant past. It took him a while to appreciate quite how intensely his exploit had fired the imagination of the general public, always eager to discover a genuine hero. Of course he always rejected that label, claiming that he had done nothing heroic or courageous, as – unlike Schindler, for instance – he had not put his own life at risk.

The nine months referred to were in 1939 – from January to the outbreak of war at the beginning of September. Nicky was a young stockbroker on a visit to Czechoslovakia in December 1938, three months after the Nazis seized the Sudetenland. A friend took him to see the refugee camps where thousands of displaced people, mostly Jews, shivered in makeshift tents. No one knew what would become of them. Unlike most politicians of the time, Nicky felt certain that war was imminent and realised the danger this posed to those refugees. International efforts were being made to help them, but it was all painfully slow-moving, and he saw that nothing was being done specifically for the children. So he took action himself.

On his return to London, he set about organising an operation to bring to Britain those Czech children most at risk. He badgered the Home Office and eventually won out over sluggish bureaucracy, official apathy and lack of funds, securing government approval and the support of charities and religious organisations. The deal he brokered was that an adoptive family and £50 bond had first to be found for each child before he or she was allowed into the country.

Securing the money, finding prospective parents, liaising with his associates in Prague, organising travel documents and transport – all this was a huge administrative task, which Nicky carried out from his Hampstead flat in the evenings after work. In all, his rescue mission saved the lives of 669 children, most of whose families later perished in the Holocaust.

After the war, life moved on for Nicky. He married, had children, built a family house in the green belt near Maidenhead, and became a businessman of sorts, with varied degrees of success. He got involved in charity work, particularly for the local branch of Mencap, following the birth and early death of a son with Down’s Syndrome. The one thing he didn’t do was talk much about his Kinderstransport episode. That was history, and Nicky didn’t believe in dwelling on the past.

But one day in the late 1980s his wife Grete was clearing out the attic and came across the battered old scrapbook containing the many letters, documents and children’s photos relating to his rescue mission. Nicky wanted to throw it out but Grete balked at this. In the end it was given to Betty Maxwell, a well-known supporter of Jewish causes, and the wife of newspaper magnate Robert Maxwell. Intrigued, she gave it to her husband, who in 1988 published an article in the Sunday Mirror about Nicholas Winton, the ‘secret saviour’ of a small army of refugee children. At the same time Esther Rantzen featured Nicky, along with many of his rescued kinder, on her BBC TV programme That’s Life!  And so the public figure was born. He began to be showered with awards, medals, honours. There were books and films about him. In 2003 he was finally knighted for what he had done during those intense nine months, 64 years earlier.

Nicky and I had many lively discussions during family Sunday lunches, either at his house, with the big flourishing garden he loved to tend, or at some local country pub. We often disagreed about things. For a start, he was a lifelong socialist, while I am true blue. (As someone whose family fled from Hungary after the Soviet Union’s brutal suppression of the 1956 Uprising, I’m hardly enamoured of socialism and other left-wing disasters.) But he was always an entertaining sparring partner. What can you do with a socialist who, with no sense of irony, checks the stock market prices each day to see how his shares are doing?

Whatever the odd contradictions, he was resolutely his own man and that’s what I liked best about him. I heard him give a number of speeches and he always said what was on his mind, rather than what was expected. The audience might be anticipating some standard platitudes on, say, inter-racial tolerance, but instead he would bring up the subject of global  overpopulation and demand to know why politicians weren’t doing something about it. Or he might just start reminiscing about his boyhood in London and the horse-drawn milk carts that used to rattle down his street. No one was ever bored.

Once, when asked to speak about the Holocaust, he said ‘Why do we keep going on about the Holocaust and the war? We never learn from the past. It would be better to move on and focus on the teaching of ethics, because they are sadly missing from public life today.’  He was no fan of religion, either, because he felt too many people used it as an excuse for making trouble. ‘Nobody really believes in God, not even the most outwardly religious people,’ he declared one lunchtime, as he tucked into another helping of meat and potatoes.

Nicky was a hearty eater. After Grete died in 1999, he learned (aged 90) how to cook. He didn’t agree with all the fashionable dieting advice: ‘Low-fat, low-sugar, low-salt. The world is full of meaningless diets, but there are more fat people around than ever.’ He liked a lot of crackling with his pork. He enjoyed a drink. He drank six cups of coffee a day, but slept like a log for ten hours a night. His advice to anyone who inquired about the secret to his longevity was to ‘live as you enjoy living and do what you feel like doing’.

He also told me that longevity had nothing to do with having a positive approach to life, because he was always predicting some impending political or economic disaster, ‘so if negativity had anything to do with it, I’d have been dead long ago’.

Well, at 106 he had managed to outlive many of the children whose lives he saved with his Kindertransport. But their children, grandchildren and great-grandchildren will doubtless keep his memory alive. As well as the rest of the world, of course. That’s the thing about heroes. 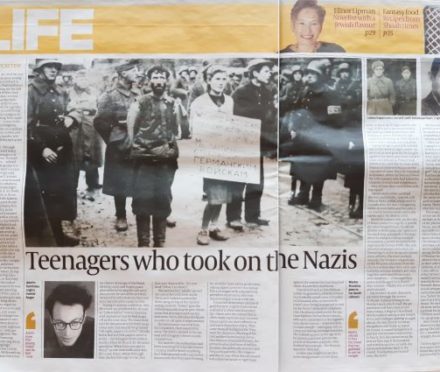 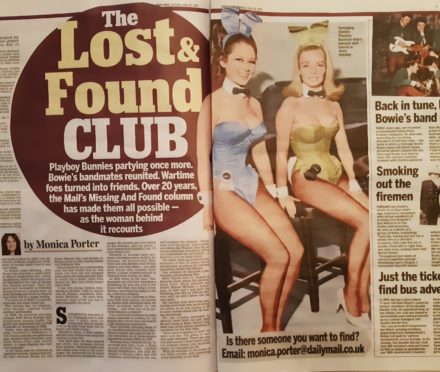 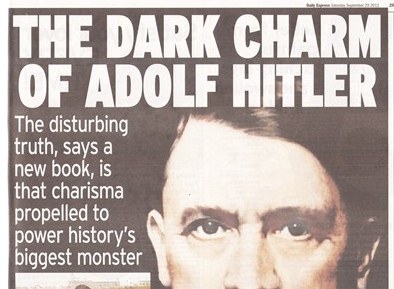 The Dark Charm of Adolf Hitler

This website uses cookies to improve your experience while you navigate through the website. Out of these, the cookies that are categorized as necessary are stored on your browser as they are essential for the working of basic functionalities of the website. We also use third-party cookies that help us analyze and understand how you use this website. These cookies will be stored in your browser only with your consent. You also have the option to opt-out of these cookies. But opting out of some of these cookies may affect your browsing experience.
Necessary Always Enabled

Any cookies that may not be particularly necessary for the website to function and is used specifically to collect user personal data via analytics, ads, other embedded contents are termed as non-necessary cookies. It is mandatory to procure user consent prior to running these cookies on your website.